Obsession - A Crime Of The Heart

Benny Goodchild is in love. The object of his affections however, doesn't know it.
But she will soon find out.

Obsession - A Crime Of The Heart

Obsession, A Crime Of The Heart, is the third novella in the Noir Nights series. Each novella is a stand-alone crime story with unique characters and suspenseful plots.

This third novella is an excellent conclusion to the series and touches on the subject of mental immaturity and how it can evolve into crime.

A Crime Suspense Novel With Heart

Benny Goodchild wants a relationship more than anything. But even Benny knows that he's not the smartest or the best-looking man.

Women tend to ignore him, run the other way or treat him as if he's simple. Then a new woman arrives in the neighbourhood. Her name is Olivia Bartlett and she is beautiful, smart and kind.

For Benny It's love at first sight. She is his fairy tale princess in the flesh. The problem for Benny is, that Olivia has no idea that he's in love with her, and even worse for Benny, she doesn't love him back.

Things are not looking good for Olivia.

Obsession...” will move you in many ways. Some of you will cry, some will laugh, others will smile; however, some readers will do all the above.

I thoroughly enjoyed getting inside the mind of this mentally challenged man and how he perceived his actions to be only helpful & loving.

I found this to be a slow paced story that was well written, and held my attention throughout.

This book is absolutely riveting. I started it after supper and finished it in the wee hours of the morning. Truly, I could not put it down.

Buy Obsession From Your Favourite Store

What inspired you to write Obsession?

I wrote a short story years ago about an intellectually impaired young man who was attracted to his next door neighbour, and tried to rescue her from a violent relationship.

But she didn’t want to be rescued, and he couldn’t understand it. The complexities of human relationships were a complete mystery to him.

I’d been thinking in the back of my mind for some time that the story could be fleshed out into a novel.

As well, I’d also had the idea for a character who liked breaking into houses – not to steal, but just to live in someone else’s life for a while.

So I merged the two characters together and came up with Benny..

Speaking of Benny, was it difficult to write from the point of view of a middle-aged, intellectually impaired man?

Benny has the intellectual capacity of a 10-year-old, so as I was writing, I was constantly thinking of what a 10-year-old would say or do in various situations.

Benny has some lovely qualities (as well as some not so lovely ones), and I really enjoyed being in his head while I was writing the book.

Obviously, obsession is a major theme of the book.

Yes. I think extremes of behaviour are always interesting, and I thought it would be fun to explore how being obsessed with something or someone can make you do things you would never dream of doing normally.

There’s also an undercurrent of humour in the book.

Yes, there is a subtle vein of humour. Benny was brought up by his three aunts and they are all quirky characters.

Some of the humour is also a result of Benny not understanding the subtleties of human interaction.

But it’s gentle humour – it doesn’t belittle him.

What’s been the reaction of readers to Obsession?

Readers have told me they loved it. The story hooks them in from the start and keeps them in suspense, so they have to keep reading.

And they like Benny, even though he does some bad things.

As an author, I love to hear that, because it means I’ve portrayed my character well. 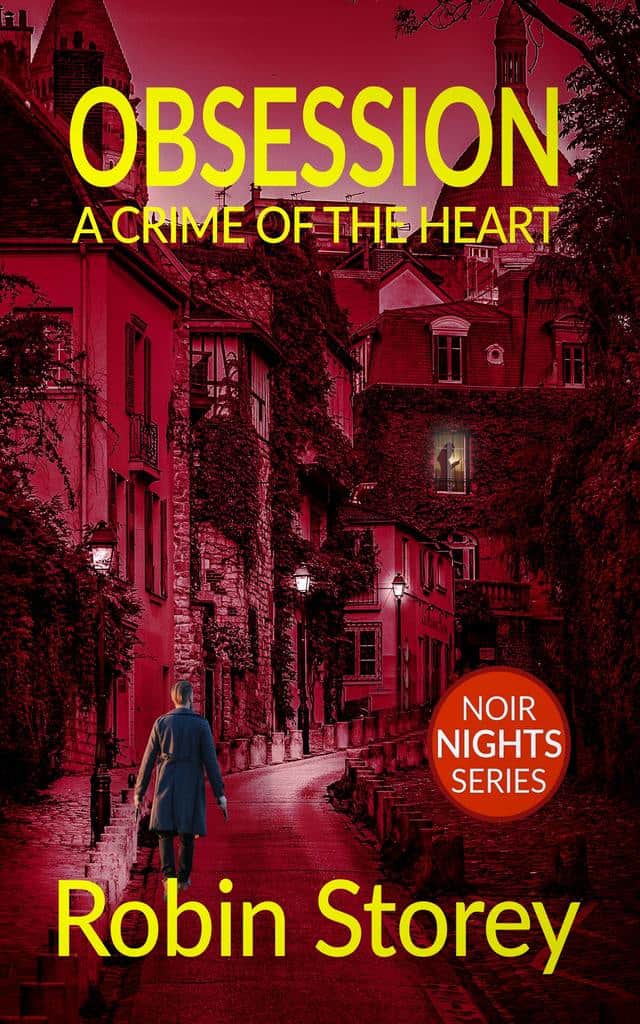