Making The Breast Of It is Robin Storey's heart-felt yet humorous account of her battle with breast cancer, and how focusing on the positives keeps her strong.

Making The Breast Of It

When Robin Storey first heard the words, ‘you have breast cancer,’ she burst into tears. Like others who have heard the same, Robin's world suddenly flipped.

But as a comedy fiction author, she couldn’t help finding the humorous side as she underwent treatment, and learnt more about herself and others along the way.

Many people would say there’s nothing very humorous about having breast cancer.

Those were the exact words my father, who’s a retired general practitioner, said to me. But I disagree – I think you can find humour anywhere.

As I point out in the introduction of the book, I’m certainly not minimising the trauma that many women experience, and I certainly had my dark days.

I’m also very aware of my good fortune in being diagnosed with early stage breast cancer and being able to keep my breast.

Making The Breast Of It Reviews

This is a raw, and real account of Robin's story through breast cancer. While the book deals with a difficult issue it's not difficult to read because Robin shares her journey infused with humour.

I really enjoy Robin's writing and have read several of her books, which is one reason I picked this one up. Just be aware going in that it may not be what you expect, (there's no rib-tickling, thigh-slapping going on here).

Loved this book, it was a fun read, honest and insightful. Thanks Robin for sharing your experience. Highly recommend this book.

If you or a loved one have been diagnosed with breast cancer and want to feel positive and uplifted, you’ll love this honest, amusing and inspiring book.

Buy Making The Breast Of It From Your Favourite Store

Tell us briefly about your journey.

You know, I hate that word ‘journey’ in this context because it is so clichéd. But it’s also so apt, because by the end of your treatment you really do feel as if you’ve been on one.

Though far from the gorgeous- scenery-five-star-accommodation-gastronomic-delights type of journey I’d like to have.

I was diagnosed by way of a routine mammogram. The lump was very close to the chest wall and I hadn't felt it until then.

A lumpectomy was performed and a sentinel node biopsy, in which they just remove one lymph node for testing.

Fortunately the cancer hadn’t travelled to the lymph nodes, although I had to have another two procedures before my breast was clear of cancer cells.

Then my treatment was finished. I’m now on daily medication to reduce the risk of the cancer recurring (five years in total) and having regular check-ups.

In the book you also recount the experiences of other women who’ve had breast cancer. Why did you do that?

I decided that if the book was just about me it could become monotonous and one-dimensional.

After all, everyone’s experiences of and reactions to breast cancer are very different, and I thought that providing other points of view would be beneficial to readers, particularly those who have breast cancer.

The women I featured were a mix of those I had met in person and those I’d encountered online.

What particular experiences did you find amusing?

Worrying about getting a parking ticket while I was having my biopsy, and having to sue the local council for taking advantage of hospital patients.

Also, lying on the hospital stretcher with three needles sticking out of my arm because the anaesthetist couldn’t find a vein for the cannula.

Another one was the appearance of my breast after three surgical procedures – ‘still blue from the dye injection, a bit puckered and asymmetrical, with a semi-circular scar at the base, as if it’s smiling.

Then there’s the radiotherapy. ‘It’s a weird sensation lying alone in a large room with this space-age like machine looming beside me.

A red light near the doorway signals that the radiation beam is on and I half expect a voice to announce, “Mission control , ready for take-off!” and to be ejected into the bright blue sky on the ceiling mural.’

And so many more!

Is your book aimed only at those who’ve had breast cancer?

Those were the readers I had in mind when I wrote it.

But people who’ve read it who haven’t had breast cancer have told me they really enjoyed it.

So that was very gratifying. 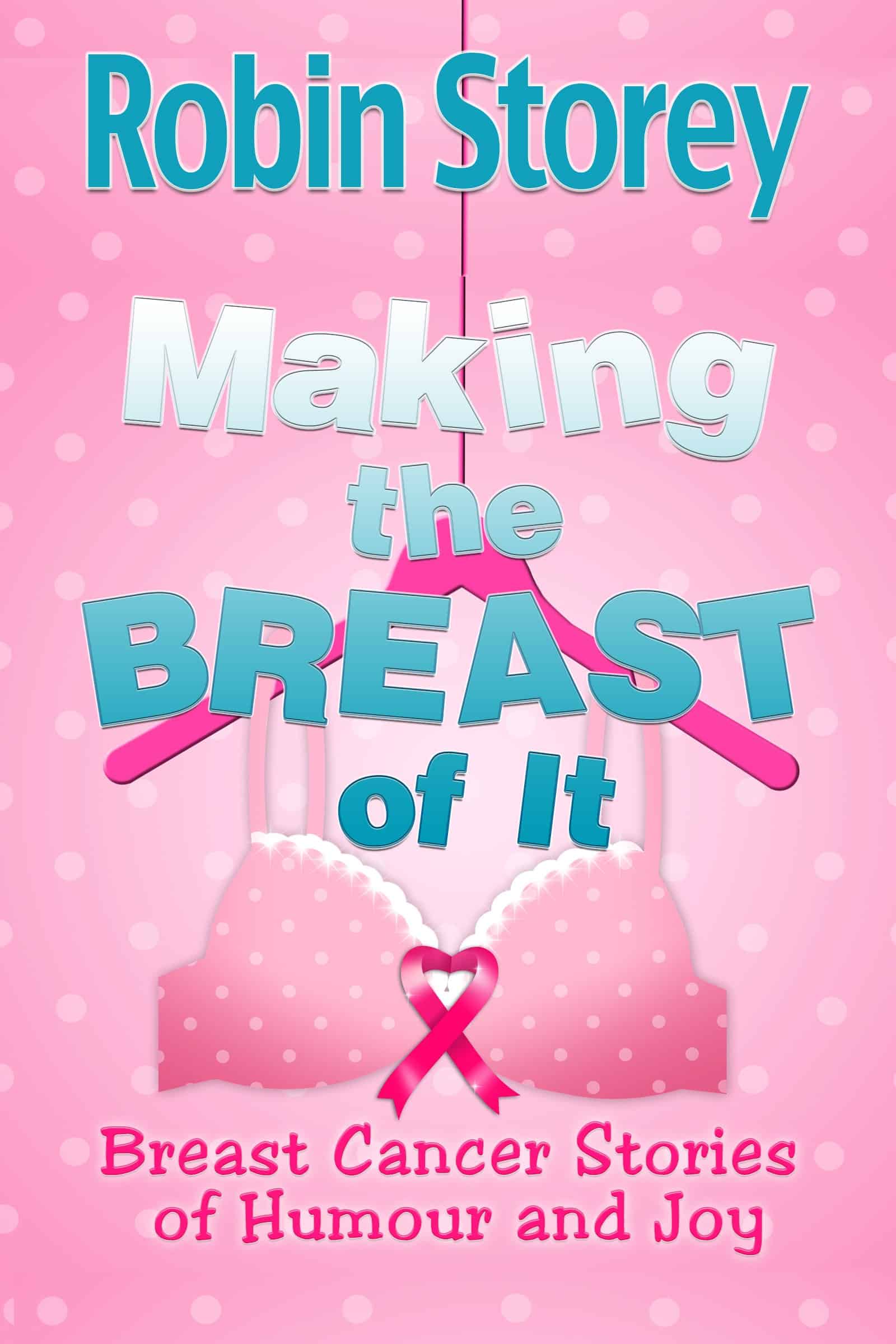