Comedy Shorts is an e-book of four short stories that blends mystery and a twist of the supernatural in a way that makes you laugh out loud. The best news is that it's FREE!

Angela always had a secret ambition to be a private detective and after her neighbour dies suddenly, she launches her own investigation with unexpected results.

George has been obsessed with death since his father died. Then he is visited by the Angel of Death, who strikes an unusual bargain.

Ali is the sole beneficiary of her uncle's will and learns that he may have a secret, ill-gotten fortune stashed away. But she soon finds out she's not the only one determined to find it.

Esther is a struggling romance writer. Then she meets her muse Alfred, who moves in and provides her with a constant source of inspiration. But is the cost too high?.

I recommend these stories to those who enjoy a bit of the macabre with a blend of mystery and a twist of supernatural on the side. These are great short stories, one and all.

I love Robin Storey's dry wit and her realistic characterization of the foibles of human nature.

The first short story, Sleuthing For Beginners, was fun to read. I loved the references to Stephanie Plum (one of my favourite characters). This story has a few funny lines.

This is a great collection of short stories to read. If you like stories with humor and great characters that have very interesting personalities.

Robin, it's lovely to have you on the show. The first question I have is, did you come up with the idea for an anthology of comedy short stories and then write them?

The stories were already written, but not doing anything much. They were just lounging around in the Short Stories folder on my computer, eating pizza and watching Netflix.

So I decided it was time they earned their keep..

Why did you choose those particular stories?

They all have a common thread of an element of humour, albeit subtle humour for the most part.

Two of them are crime, (Sleuthing for Beginners and A Girl’s Best Friend), one is fantasy (A Peaceful Death) and the other has a romantic subplot (The Muse).

So I figured there was enough variety there to provide entertainment and to keep readers from being bored.

Sleuthing for Beginners and A Peaceful Death were short-listed in short story competitions, but had the sulks because their moment of glory was over before it even started.

So to appease them I included them to give them some exposure.

What is it you enjoy about writing short stories?

I love the sprinting exercise of writing short stories, as most of my time now is spent on the marathon of writing longer novels.

It’s a refreshing change of pace to be able to see the ending as soon as you start writing, and the discipline of short story writing is excellent training for novel writing.

It teaches you to be economical and succinct in your word choice.

To focus on the story at hand and not get side-tracked, and to write in such a way that readers can read between the lines without you having to spell things out.

Short stories are as much an exercise on what to leave out as to what to put in. It’s an art that only comes with practice.

Will you be publishing more short stories in the future?

The short answer is yes. But I don’t know when. I have plenty of ideas for more but finding the time to write them is the challenge.

Thanks for coming on the show, Robin. I'm sure all our audience will be off now to snap up your book of stories. (Cue cheers and applause). 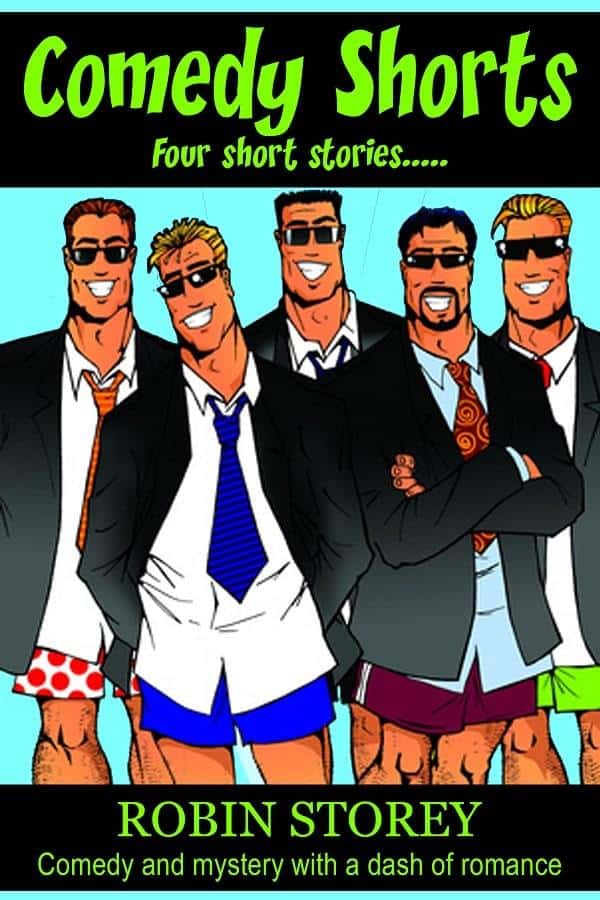