It was published in February 2020 by Harper Colllins.

It’s a well-crafted, moving account of a case that has tugged at the heartstrings of people world-wide.

The book investigates the disappearance of three-year-old William Tyrrell in a small New South Wales town in Australia over five years ago.

It's difficult to review a book that covers such an emotive and tragic event as the abduction of an innocent and defenceless child.

Here is what some of the reviewers had to say:

‘It’s well researched and written, and also Caroline is a calm narrator. The story is complex and I felt Caroline has written it in a simple way for readers to follow.’ (Goodreads)

‘I read Missing William Tyrrell in just a twenty four hour turn around, which is testament to the writing of the author and the pull of this case.’ (Goodreads)

On the morning of Friday 12 September 2014, William Tyrrell was playing in the yard of his foster grandmother at Kendall, a small mid-North Coast town in New South Wales, when he disappeared.

It was only a matter of minutes before his disappearance was discovered, and friends and neighbours immediately launched an extensive search of nearby bushland.

No trace of him was found and police then began to suspect that he had been abducted. Over five years later, he is still missing.

This is a case that has haunted Australia.

The image of William Tyrrell grinning cheekily in the Spiderman suit he was wearing when he disappeared, was beamed all over the media and into our collective consciousness.

The baffling nature of his disappearance has also captured our attention.

There was about a five minute window for him to disappear from a quiet street.

A street where residents, many retired, would have noticed an unfamiliar car or person with a child, perhaps crying out.

It seemed as if he’d literally disappeared into the ether.

Was it planned, or a crime of opportunity?

It’s a complex case because no-one could reveal that William was in foster care.

The reason for this, at least initially, was due to confidentiality laws.

But primarily, it was to protect his older sister, who is also under the care of the same foster family.

Neither his foster family, nor his biological family were permitted to make any statements to the media.

The veil of secrecy led to rumours, gossip and innuendo.

This secrecy was lifted by a later court order, enabling that information to be made public.

The foster parents, biological parents and relatives have all been exhaustively investigated, and eliminated from the suspect list.

Other leads and suspects have been followed up, but there’s been nothing conclusive.

An inquest into William’s disappearance commenced in March 2019, but was recently suspended due to the corona virus.

Investigations are ongoing, and there is some hope that William may still be alive.

A reward of $1 million dollars has been offered for information leading to an arrest, the first of its magnitude in New South Wales.

Overington is an experienced journalist and author.

She writes a clear and compelling account of this case, examining all facets of it and the people involved with sensitivity and empathy.

‘The identity of William’s biological parents has for many years been a complete mystery to the public.

They have long wanted to speak out on his behalf, and have instead endured gossip, much of it nasty and unfair.’

‘It’s hard for parents to see their children being cared for by people they don’t know, whose parenting style may be different.

There would seem to be little point glossing over these facts: biological parents often feel that their children don’t need to be in care, and they are often trying to get them back.

Foster parents often feel that the tug of love, while necessary, is difficult to manage.’

A Rational And Objective Eye

Overington starts the story with a detailed description of the day of William’s disappearance, from the point of view of all parties involved and later, the main suspects.

Seeing the events unfold through so many eyes makes for compelling reading.

We get an insight into the lives of the foster and biological families, neighbours, suspects, key figures and police personnel.

The author guides us, with a rational and objective eye, through the facts, information, insights and theories.

She exams a number of different scenarios of what could have happened.

While providing a lucid and balanced account of events, Overington also writes with understanding and compassion.

Especially of the importance of finding William – alive or dead.

‘‘Nobody wants to quit. Not while William is still missing. Because can you not feel him all around us? He waits for us to find him. We must all at some point say goodbye to those we loved, or else they must say goodbye to us. He deserves this.’ 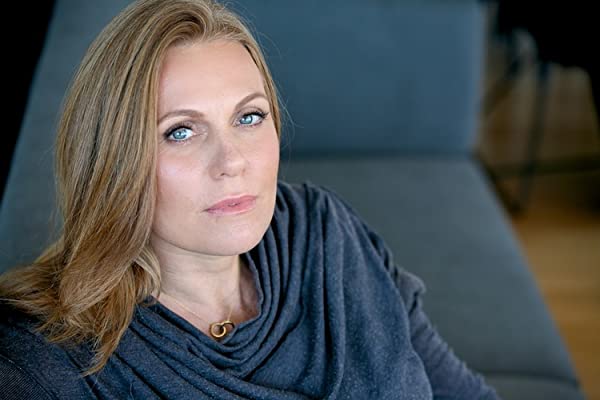 Caroline Overington lives in Sydney and is a renowned journalist and author of psychological thrillers.

She has twice won Australia’s most prestigious award for journalism, the Walkley Award for Investigative Journalism, as well as number of other awards for her journalism and fiction novels.

This is the harrowing story of Louisa Collins, the only woman hanged at the notorious Darlinghurst gaol in Sydney.

In this interview with Channel 7 news on 25 February 2020, Overington discusses the latest developments in the search for William.

She has also produced a podcast about the disappearance of William Tyrrell, called Nowhere Child.

In this brief video, My Life in Books, Caroline Overington talks about the books that have influenced her writing.

If you’re a fan of true crime, or you’re concerned about the disappearance of William Tyrrell, I highly recommend this book.

It will bring up more questions than it answers, but the author has stated she is confident he will be found.

Other Books By Author Caroline Overington

I Came To Say Goodbye 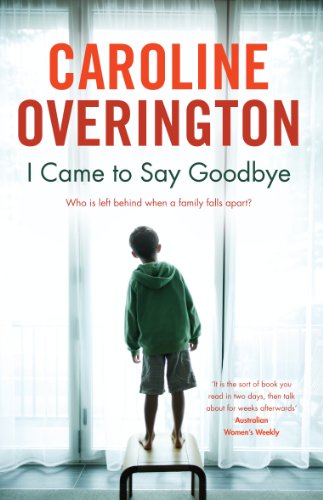