The Long and Faraway Gone by Lou Berney was published in 2015 by William Morrow.

It is a superbly written novel which could be classified as crime or suspense, as it is a combination of both.

But I’m choosing to label it as suspense for purely prosaic reasons – I don’t have any novels in the suspense category on this blog.

The Long And Faraway Gone by Lou Berney 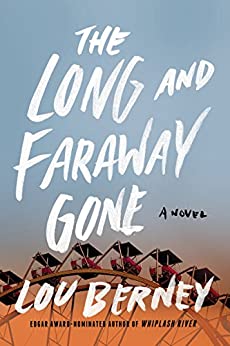 Rave Reviews For The Long And Faraway Gone

This novel won the 2016 Edgar Award, as well as numerous others, for best paperback original and was nominated for the 2015 LA Times Book Prize.

Here is what some of the reviewers had to say:

‘The Long and Faraway Gone is that rare literary gem-a dark, quintessentially cool noir novel that is both deeply poignant, and very funny.’ (Huffington Post)

‘Berney's novel is most truly a thoughtful exploration of memory and what it means to be a survivor. Elegiac and wistful, it is a lyrical mystery...with a deep, wounded heart. Read it.' (Kirkus Reviews)

‘Edgar Award finalist Berney will raise a lump in the throats of many of his readers with this sorrowful account of two people's efforts to come to terms with devastating trauma.’ (Publishers Weekly)

The Long And Faraway Gone Synopsis

In the summer of 1986, two tragedies rocked Oklahoma City.

Six movie-theatre employees were killed in an armed robbery, while one inexplicably survived.

Then, a teenage girl vanished from the annual State Fair. Neither crime was ever solved.

Twenty-five years later, a private investigator in Vegas, Wyatt’s latest inquiry takes him back to a past he’s tried to escape.

He is dragged deeper into the harrowing mystery of the movie house robbery that left six of his friends dead.

Like Wyatt, Julianna struggles with the past; with the day her beautiful older sister Genevieve disappeared.

When Julianna discovers that one of the original suspects has resurfaced, she’ll stop at nothing to find answers.

Fate has brought these damaged souls together but will their shared passion and obsession heal them?

Or will it push them closer to the edge?

Even if they find the truth, will it set them free, or ultimately destroy them?

You can certainly see that Berney's ability to create the cliff-hanger is unquestionably brilliant. This book is the type that finds you still reading at 2 in the morning.

The novel is written from the alternating perspectives of the two main characters, Wyatt and Julianna, as each embarks on his/ her journey into the past.

They are both complex characters and it takes the whole book to get to know them.

However, from the start, you feel empathy with both of them; they have their flaws, but have been irrevocably scarred by their past traumas.

Each has a burning question they need to answer:

Wyatt’s is, ‘Why am I still here and all the others gone?’ And Julianna’s is, ‘What happened to Genevieve?”

Although this is very much a character-driven novel, it’s not at the expense of the plot.

Berney draws you in with the story and by various plot twists, maintains suspense and tension throughout the book.

He juggles three crime story lines at the same time and weaves them all adeptly through the narrative.

It’s multi-layered and intense, with an emotional depth not usual in your average crime/suspense novel.

But Berney has a light touch; his writing flows and it’s easy to read.

For example: Wyatt is thinking of his friends killed in the robbery.

And Julianna, after a patient, Mrs Bender, has complimented her on her looks.

You should have seen my big sister, Mrs Bender.

After twenty-six years, that was still Julianna’s reaction whenever someone told her she was pretty…You should have seen my big sister, you want to talk about beautiful.

There’s a vein of humour throughout the book:

O’Malley, Wyatt and Grubb watched. After a minute, Janella behind the candy case grabbed the soda gun and hosed them down with water.

Gavin looked around the office. ‘Not what I pictured.’

‘You pictured seedy,’ Wyatt said. ‘A bottle of cheap booze in the desk drawer.’

‘I pictured paintings.’ Gavin dropped his bulk into the chair across from Wyatt. ‘Pretentious fruity shit. French impressionists, parasols in the park.’

‘Says the guy wearing a tie with unicorns on it.’

Gavin picked up the end of his tie and looked at it. ‘They’re racehorses.’

While there is some resolution at the end, there are other questions left hanging in the air.

Not everybody likes untidy endings, but in my opinion, it adds to the realism of the book.

After all, that’s often how it is in real life.

It also makes the book stay with you after you’ve read it, as you wonder about the unresolved parts and perhaps make up your own conclusions.

Berney has the knack of making the characters get under your skin.

You find yourself thinking about them as if they are real people after you’ve finished the book.

Just as an aside, I borrowed this book from my local library and in two places, there were significant mistakes.

‘Genevieve’ was written when it should have been ‘Julianna.’

A previous borrower had kindly crossed out ‘Genevieve’, and written ‘Julianna’ in pen underneath it, in lovely flowing handwriting.

I imagined a retired English teacher, still with her eagle proofreading eye, tut-tutting as she crossed out the word, restraining herself from slashing it with her red pen. 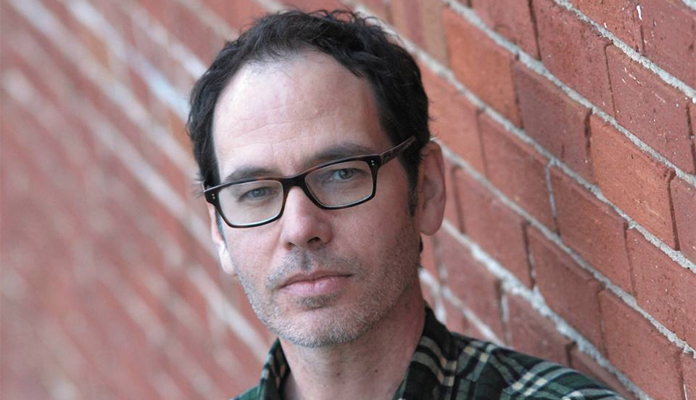 Lou Berney Author Of The Long And Faraway Gone

Lou Berney was born in 1964 in Oklahoma City, Oklahoma, in the US, where he currently lives.

His father was an alcoholic and his mother worked full time, raising their three children virtually on her own.

Lou had two older sisters who instilled in him a love of reading books from a young age.

In the bio on his website https://www.louberney.com/bio he says he was fired from nine jobs between the ages of 12 and 19.

He obviously found his calling soon afterwards, as he completed an MFA at Oklahoma City University, where he now teaches the graduate creative writing program.

Berney has written television pilots and screenplays and has had a number of short stories published.

He has also written a book of short stories called, The Road to Bobby Joe and Other Stories.

He’s the author of three other books, all critically acclaimed and award-winning:

And November Road, a thriller and love story set against the backdrop of the JFK Assassination.

November Road, published in 2018, won numerous awards and accolades, and is the book that has catapulted him into the literary limelight.

I read it a while ago and it is undoubtedly one of the best novels I have read.

In this interview on the Keenly Kristen website Berney talks about his writing process.

When asked what his biggest challenge was, he said,

’My biggest challenge is forcing myself to sit down and write when the writing isn’t going well. There are plenty of days, during the year or year and a half it takes me to write a novel, when I want to do anything but write. I mean, I’d rather go to the dentist and have a cavity filled, absolutely.’

I can identify with both those scenarios!

Berney says he is currently working on a psychological thriller about marriage.

Plenty of material to work on there – and I’ll be looking out for it.

In this video Berney discusses another of his books, November Road.

The following short video is about the Indiana Writer's Conference, which has nothing to do with this book, but I just love the statements Berney makes about himself.

This is a book that has everything:

And wonderful writing.  What more could you want?

The Long And Faraway Gone

Other Books By Author Lou Berney 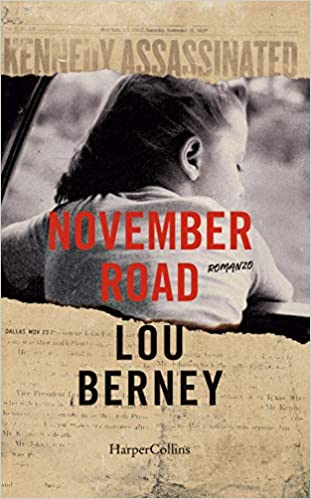 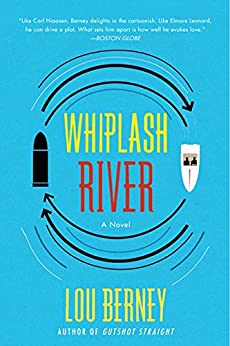 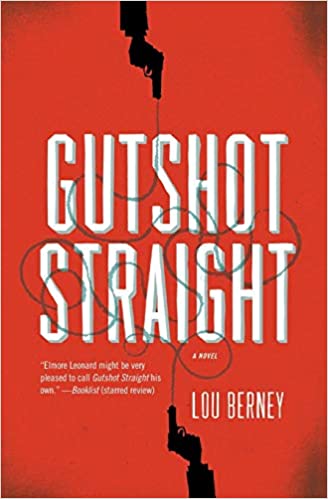