My Sister The Serial Killer by Oyinkan Braithwaite, has to be in the running for one of the most commanding titles in contemporary fiction.

There can be no doubt of the genre and subject matter of the book.

This crime novel, published in 2018 by Doubleday in the US and Atlantic Books in the UK has won numerous awards, including the 2019 LA Times Award for the Best Crime Thriller and the 2019 Capital Crime Debut Author of the Year.

My Sister The Serial Killer By Oyinkan Braithwaite 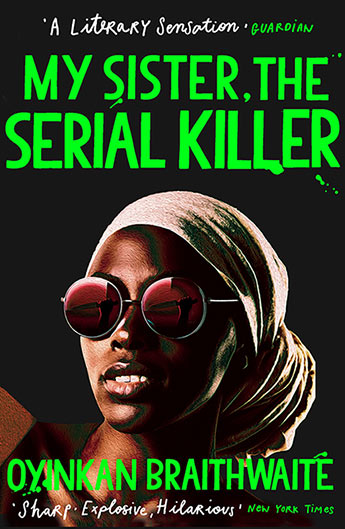 Rave Reviews For My Sister The Serial Killer

The book has won superlatives from a number of critics:

‘Glittering and funny... A stiletto slipped between the ribs and through the left ventricle of the heart.' (Financial Times)

‘Braithwaite's blazing debut is as sharp as a knife...bitingly funny and brilliantly executed, with not a single word out of place.’ (Publisher's Weekly)

My Sister The Serial Killer Synopsis

When Korede's dinner is interrupted one night by a distress call from her younger sister, Ayoola, she knows what's expected of her: bleach, rubber gloves, nerves of steel and a strong stomach.

This'll be the third boyfriend Ayoola has dispatched in ‘self-defence,’ and the third mess that she has left Korede to clear away.

Korede should probably go to the police for the good of the menfolk of Nigeria, but she loves her sister and, as they say, family always comes first.

Until, that is, Ayoola starts dating the doctor at the hospital where Korede works as a nurse.

Korede's long been in love with him, and isn't prepared to see him wind up with a knife in his back.

But to save one would mean sacrificing the other.

In many books the setting is often as real as the characters, but interestingly, in this book, I didn’t get much of a sense of place.

It is set in Lagos, the largest city in Nigeria, but the way it was described, Lagos could have been any city in the world.

The story, too, could have taken place anywhere in the world, though there were occasional references to Nigerian customs.

For example, certain expressions used, the fact that the family had a housegirl and at one point, the sisters’ father tried to sell Ayoola to a business associate.

But none of those factors played a major role in the story, so the setting was more a backdrop to the narrative than a necessary part of it.

As the reviews say, the author’s writing style is sharp and incisive, laced throughout with biting humour.

Here is the very short first chapter, guaranteed to hook you, if the title didn’t.

Ayoola summons me with these words—Korede, I killed him.

I had hoped I would never hear those words again.

The book is written in Korede’s voice, and the picture we get of Ayoola is of a self-centred, egotistical, manipulative woman, without empathy.

In other words, a psychopath.

But despite her awareness of her sister’s flaws, Korede falls under her spell, and does whatever Ayoola asks—until she gets to the point that she doesn’t.

You can’t help feeling sorry for Korede – constantly overshadowed by her sister, who is also the favourite of their parents.

And then, the final straw—having the man she is in love with stolen by Ayoola from under her nose.

Her tone fluctuates from self-deprecation to resignation to anger:

‘I can’t pinpoint the exact moment I realized that Ayoola was beautiful and I was…not.’

The book is easy to read and the chapters are short, which keeps you turning the pages.

There never seemed to be much point in masking my imperfections. It’s as futile as using air freshener when you use the toilet—it just inevitably ends up smelling like perfumed shit.

Ayoola lives in a world where things must always go her way. It’s a law as certain as gravity. 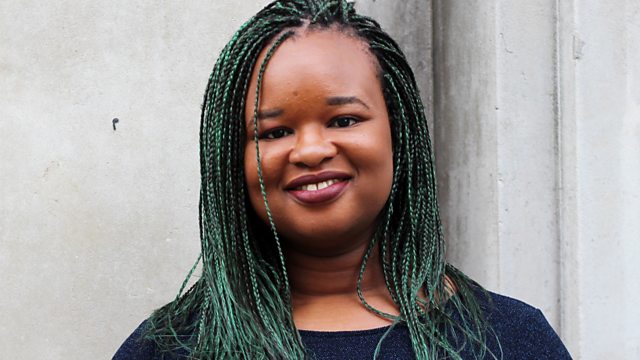 Oyinkan Braithwaite Author Of My Sister The Serial Killer

The author was born in 1988 and lives in Lagos, Nigeria. She is a graduate of Creative Writing and Law from Kingston University and now freelances as a writer and graphic designer.

She has had poetry and short stories published and My Sister The Serial Killer is her debut novel.

On the blog She Reads, she reveals her inspiration for the story.

‘The creature, the black widow spider, was the first inspiration. I found this idea that the female would eat the males if she was hungry and they happened to be close to be quite funny. It was funny because the males weren’t supposed to be prey. The fact that nature had this dynamic was interesting and so the concept stuck with me.

The book was her way of writing herself out of a creative block.

After her short story The Driver was shortlisted for the 2016 Commonwealth Short Story Prize, literary agent Clare Alexander saw her submission and asked her if she had anything else.

‘That was very exciting for me,’ Braithwaite recalls in an interview with The Guardian
‘but I didn’t have anything that I wanted to give them.

So I let a year go by where I kept convincing myself I was going to write something fantastic, and I couldn’t.’

Just Write Something For Yourself That's Fun

Then, as she approached her 30th birthday, Braithwaite told herself to stop being ridiculous. ‘Forget about the great novel, just write something for yourself that’s fun.’

So after a month of feverish writing, My Sister The Serial Killer was completed. ‘I was a bit mad in that month,’ she said.

There was no way she could have foreseen the success of the book, which has been a best seller world-wide and has been optioned for film.

In case you’re wondering, the book is not based on real life experience. In an interview on Crime Reads Braithwaite says she has two sisters, neither of whom is a serial killer.

‘At first one of my sisters liked to tell people that she was the inspiration for the novel. But it wasn’t long before her tune changed—she did not find it as entertaining that, when asked which of my sisters was the Serial Killer, those who knew us a little, guessed that it was her.'

Although her book has an undercurrent of dark comedy, Braithwaite says she didn’t set out to write a humorous book.

She points out that the humour comes as much from context as from the characters.

‘At the time, I didn’t want to be submerged in darkness for the period of time that it would take me to complete the story, so I treated the heavy topics with a light touch.

And my characters are very matter of fact about the things that take place.

One minute they are cleaning blood, the next they are discussing marriage. I think the humor comes out of this contrast.’

If you want to hear the author herself talking, here’s a short radio interview with her.

For more author interviews, see below. 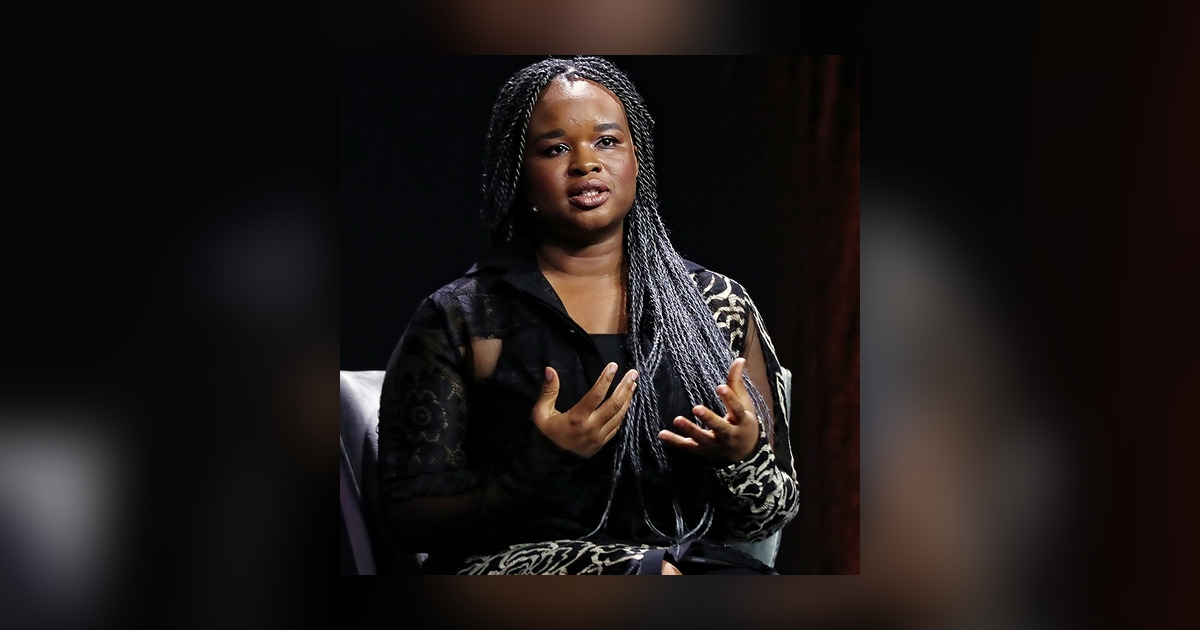 Click the image above to listen to an interview with Oyinkan by Rebecca Harkins-Cross at The Sydney Writer's Festival. 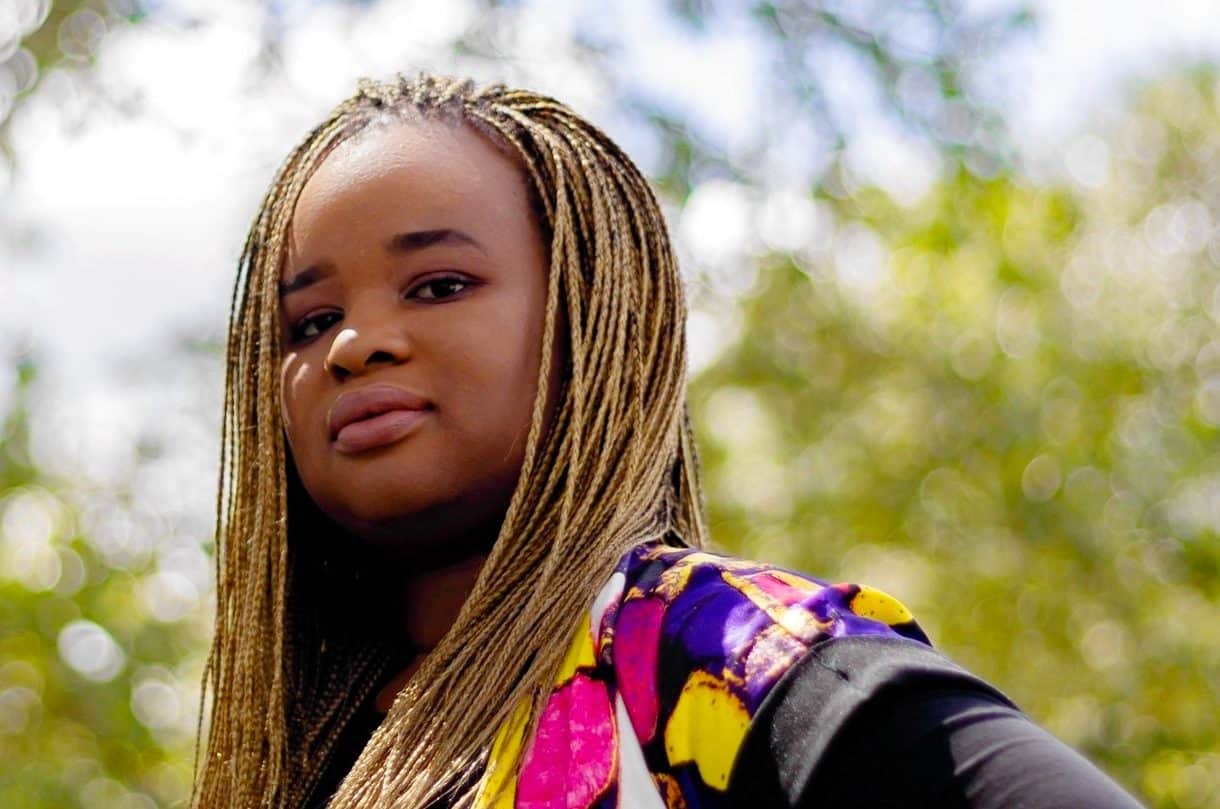 My Sister The Serial Killer Conclusion

If you like fast-paced stories with strong female characters and dark humour, I thoroughly recommend this book.

It’s certainly one of the most original crime novels I’ve read.

And hopefully not the last from Oyinkan Braithwaite.

My Sister The Serial Killer

Other Books By Oyinkan Braithwaite 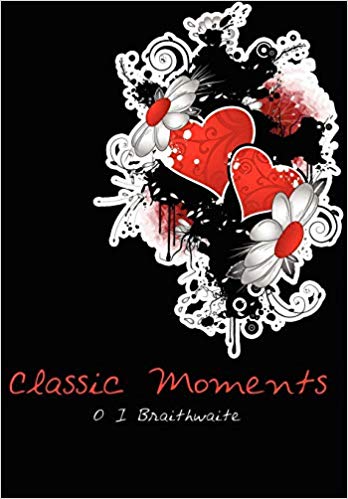