I recently read The Glass Castle by Jeannette Walls, after seeing it mentioned frequently in readers’ lists of favourite memoirs.

Much as I love fiction, I also enjoy a good memoir, and have written one of my own, Making The Breast Of It.

It lived up to all the hype – it’s one of the most moving and unforgettable memoirs I have read.

The Glass Castle by Jeannette Walls 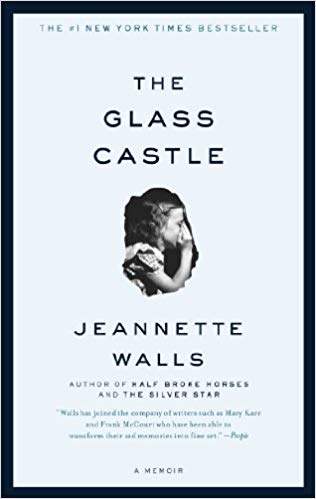 Rave Reviews For The Glass Castle

After its publication in 2005, The Glass Castle remained on the New York Times bestseller list for more than six years and has received rave reviews:

‘Walls has a God-given knack for spinning a yarn, and The Glass Castle is nothing short of spectacular.’ (Entertainment Weekly)

‘Just read the first pages of The Glass Castle by Jeannette Walls, and I defy you not to go on. It's funny, and sad, and quirky, and loving. I was incredibly touched by it.' (Dominick Dunne, author)

‘The Glass Castle is the kind of story that keeps you awake long after the rest of the house has fallen asleep.’ (Vogue)

The Glass Castle refers to the home Rex had promised to build his family, a house in the desert with glass walls and ceiling, powered by solar cells on the roof.

He’d even drawn up the blueprints.

All they had to do was find gold with the prospector he’d invented so he’d have the money to build it.

Of course, this was a fantasy that was never going to come true.

And part of the author’s coming of age is the gradual realisation of this.

It’s the story of the author’s upbringing with her three siblings and her bohemian parents, Rex and Rose Mary.

Rex, a brilliant, charismatic man, was an alcoholic and would disappear for days when on a bender.  Rose Mary was an artist who suffered bouts of depression and was incapable of facing up to the responsibilities of motherhood.

‘Why spend the afternoon making a meal that will be gone in an hour,’ she'd ask us, ‘when in the same amount of time, I can do a painting that will last forever?’

I’ve read plenty of memoirs about dysfunctional families before, but this one really takes the cake.

And if there was no cake they’d steal it.

It was common for the children to forage in rubbish bins at school for their lunch, because their father had drunk all the grocery money and their mother refused to go out to work.

And they endured many circumstances far worse.

Is The Glass Castle A True Story?

It's amazing that this question gets asked, but you'd be forgiven for it because Jeannette's story seems so bizarre.

The family lived a nomadic existence in the south-west desert towns of the US, often camping out or living in derelict houses.

They moved as soon as the rent was overdue or Rex had a brush with the law or an employer.

Rex and Rose Mary took laissez-faire parenting to the extreme, believing that suffering and hardship were good for children.

It helped build character and independence – so the children were left to bring themselves up.
This forged close bonds amongst them all and after Lori, the eldest, escaped to New York as a teenager, the others followed suit when they were old enough.

The story traces their journey into adulthood and their parents following them years later to New York, so they could, as Rex says, ‘be a family again.’

‘Why not?’ Mom said, ‘Being homeless is an adventure.’

Amazingly, the Walls children turned out to be well-adjusted, responsible citizens with good careers - although Maureen, the youngest, has grappled with mental health issues.

Although the book is dark in parts, as you’d imagine with the subject matter, The Glass Castle is ultimately an uplifting story of hope, resilience and unconditional love.

Despite the psychological and emotional trauma inflicted on the Walls children by their parents, the bonds between them were unbreakable.

The story itself is extraordinary, and much of the success of the book is due to the author’s voice and writing style.

It’s matter-of-fact and clear-eyed, with not an ounce of self-pity or bitterness.

This is a source of wonder for many readers, including myself, as she has plenty to be bitter about.

Not Your Average Mother And Father

The opening sentence is one of the most compelling I’ve read in a long time:

‘I was sitting in a taxi, wondering if I had overdressed for the evening, when I looked out the window and saw Mom rooting through a Dumpster.’

How could you not keep reading?

With such a book it would be easy to overdo the emotion.

But time and perspective has given the author a degree of detachment, which adds to, rather than subtracts from, the emotional punch.

Walls lets the situations speak for themselves.

On her tenth birthday, her father asks her what she wants most in the world.

‘Do you think you could maybe stop drinking?’’

Dad said nothing. He was staring down at the cement patio, and when he turned to me, his eyes had  a wounded look, like a dog who’s been kicked. ‘You must be awfully ashamed of your old man,’ he said.

‘No,’ I said quickly. ‘It’s just that I think Mum would be happier. Plus we’d have the extra money.’

‘You don’t have to explain,’ Dad said His voice was barely a whisper. He stood up and walked into the yard and sat down under the orange trees. I followed and sat next to him. I was going to take his hand, but before I could reach for it, he said,….’If you don’t mind, honey, I think I’d like to sit here by myself for a while.’

Heart-Rending Moments And Humour Too

When Walls discovers that their father has stolen her and Lori’s escape money from their piggy bank, she goes to tell Lori.

I went into the living room and stood beside her, trying to think what to say. She was working on  a poster that said ‘Tammy!’ in Day-Glo colours. After a moment she looked up.

Lori could tell by my face there was something wrong. She stood up so abruptly that she knocked over a bottle of india ink, and ran into the bedroom. I braced myself, expecting to hear a scream, but there was only silence and then a small, broken whimpering.

There’s lots of light relief, with humour woven throughout - always wry and tongue-in-cheek.

Their mother buys a piano, but they can’t get it into the house. So it stays in the back yard.

Mom would go outside and play the piano when the mood took her. ‘Most pianists never get the chance to play outdoors,’ she said, ‘and now the whole neighbourhood can enjoy the music too.’

And after Lori injures herself:

‘Just remember,’ Mom said after examining the blisters, ‘what doesn’t kill you will make you stronger.’

‘If that was true, I’d be Hercules by now,’ Lori said.

And sometimes it makes you cringe: At the age of 12, Walls confronts her mother.

‘We haven’t had anything to eat but popcorn for three days,’ I said. 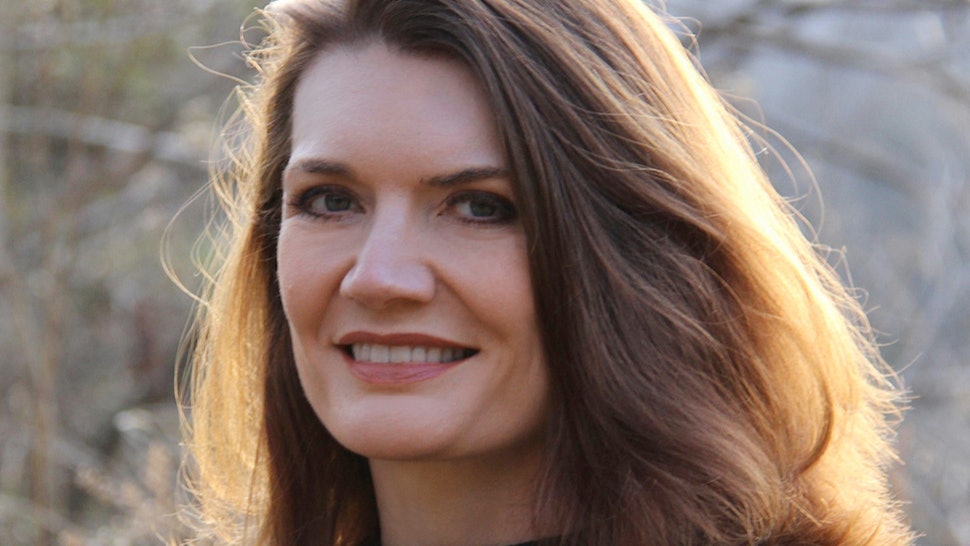 After Walls moved to New York at 17, she talked her way into the prestigious Barnard College.

She graduated with honours and became a well-known journalist and gossip columnist.

She lived a respectable, middle-class existence, mixing with people of status and influence.

Jeannette never mentioned her upbringing to her colleagues and friends, afraid that she’d be ostracised.

‘I just thought, if they knew who I was, the game would be up. I was this white trash kid reporting on the world's most famous, powerful people.’

After she married her second husband John Taylor, also a writer, in 2002, he gently teased the memoir out of her and persuaded her to write it.

‘I thought it was so important to hide this thing in my life that I was so afraid of,’ Walls says in an interview on Bustle.

‘It was such a mistake…one of the many things I’ve learned since telling my story is how many people walk around hiding their past.

They think they’re damaged or inferior because they have this wacky past.’

She was unprepared for the overwhelming success of the memoir, and the positive, empathic reaction of readers, including those she thought would shun her if they knew the truth.

Her father died in 1994, well before she wrote the memoir, but her mother Rose Mary is still alive and no longer homeless.

She lives in her own cottage on the farm in Virginia where Walls and her husband now live.

Perhaps Rose Mary discovered that homelessness is not such an adventure when you’re in your eighties.

Even now, she makes no apologies for the way she raised her children.

‘They had a more interesting life, they had experiences nobody else had, so why in the world complain?

In this video of Walls, which also features her mother, she talks about the book. 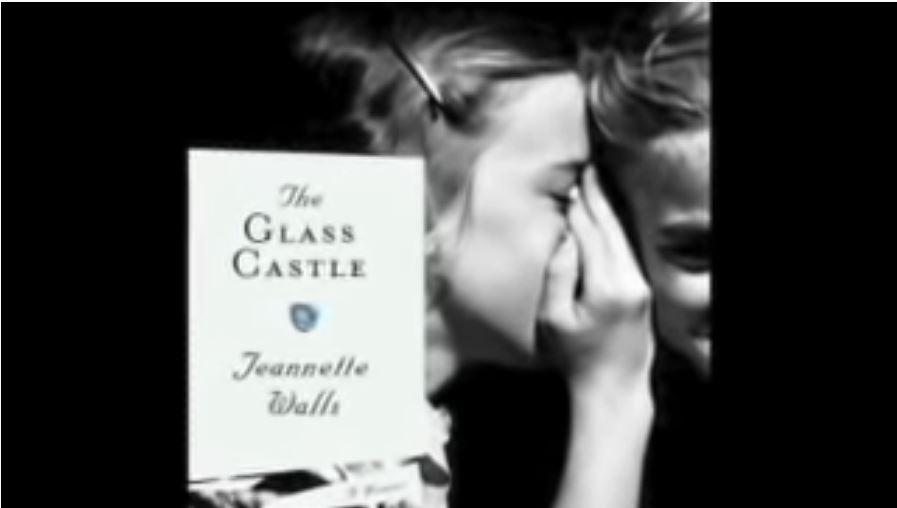 In 2017, The Glass Castle movie was made, starring Woody Harrelson as Rex Walls, Naomi Watts as Rose Mary and Brie Larson as Jeannette.

It’s had mixed reviews, but Walls herself said she loved the movie and that Woody Harrelson nailed the portrayal of her father, right down to his body language.

Dish: The Inside Story on the World, about the role of gossip in our society.

The Silver Star: The story of “Bean” Holladay and her sister, Liz, whose artistic mother, Charlotte, takes off to find herself.

And the award-winning Half Broke Horses: A True Life Novel, based on the life of her grandmother. 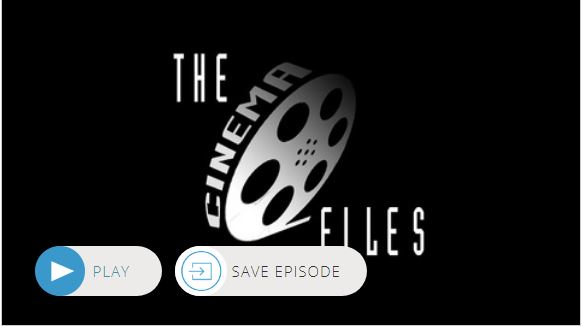 The Glass Castle is one of those books that will stay with you long after you’ve read it.

Besides being so bizarre that you wonder how it could be true, it’s also sad, inspiring, funny and haunting.

The New York Times Review sums it up:

"The Glass Castle" falls short of being art, but it's a very good memoir. At one point, describing her early literary tastes, Walls mentions that "my favorite books all involved people dealing with hardships." And she has succeeded in doing what most writers set out to do -- to write the kind of book they themselves most want to read.

Other Books By Author Jeannette Walls 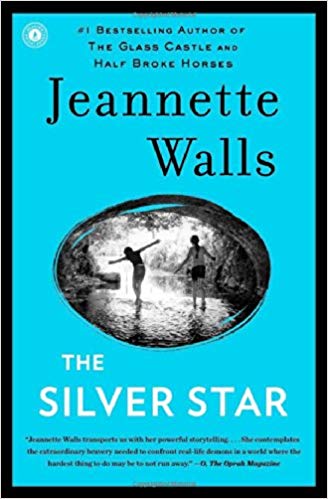 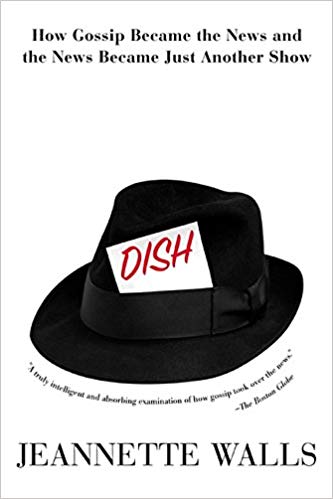 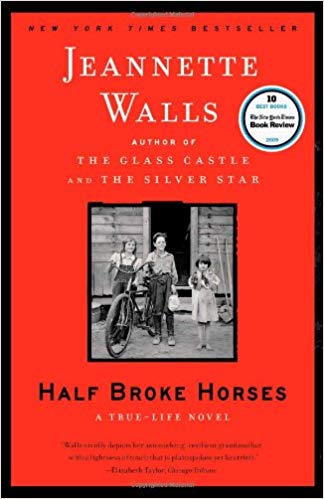