How Do I Publish My Memoir

How Does Ghostwriting Work

How A Ghostwriter Does Life Story Research

Adrian McKinty’s novel The Chain is an international bestseller.

There’s nothing I enjoy more than a crime thriller that keeps me on the edge of the couch (as I’m usually lying down when I read).

The Chain by Adrian McKinty 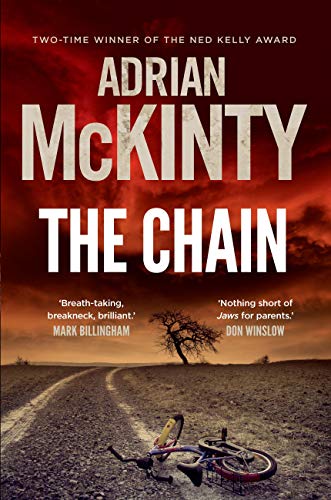 Rave Reviews For The Chain

When the likes of Stephen King, Dennis Lehane and Don Winslow give you cover reviews for your book you know you're on a winner.

‘This nightmarish story is incredibly propulsive and original. You won't shake it for a long time’

‘Diabolical, unnerving, and gives a whole new meaning to the word "relentless"’

‘Nothing short of Jaws for parents’

The Chain has an irresistibly intriguing premise.

What if your child was kidnapped and the only way to get her back was to kidnap another child?

Knowing that your child would be murdered if you didn’t, would you go ahead and turn yourself into a criminal?

The novel starts with protagonist Rachel Klein, a divorced, suburban mum dropping her 13 year old daughter Kylie off at the school bus stop.

Then she gets the call that changes her life.

A woman has Kylie bound and gagged in her back seat and the only way Rachel will ever see her again is to pay a ransom – and kidnap another child.

The caller is a mother herself, whose son has also been abducted, and if Rachel doesn’t do exactly as she’s told, both children will die.

She has now become part of The Chain, a terrifying scheme masterminded by faceless, nameless manipulators.

What a genius of a story idea!

We follow Rachel’s struggle as she finally decides that her daughter’s life is more important than anything else.

She rustles up the ransom money and somehow find it within herself to do something that she finds morally reprehensible – kidnap a child.

This is the first part of the story.

The second part ramps up the tension when Rachel decides to find out who’s behind The Chain, with the aim of breaking and destroying it.

She is helped by her brother-in-law Pete, an ex-marine engineering officer, currently unemployed and an opiate addict, which presents its own set of problems.

The story gallops along at a breathless pace to an explosive climax.

This is a dark story but there’s resolution and a satisfying ending.

You can’t help but feel empathy for Rachel, who has already had some hardships before being dealt this one.

While reading the book, I found myself wondering what I would do in the same situation – and being thankful I didn’t have to make that decision.

The book is written in the present tense, which is not to everyone’s taste.

I think it works well for thrillers because you’re right there, as if the drama is unfolding before you.

Some chapters are also written from Kylie’s point of view.

She's locked up in a basement, not knowing if she will ever see her mother again, or even get out alive.

The writing is taut and pacy, the description succinct:

Rachel and Pete sit on the cold deck behind the house.

Pete is waiting for her decision.

She finishes her Scotch and hugs herself.

Many of the chapters, particularly when the action is ramping up, are short.

This is a cheap trick employed by thriller authors to keep you up reading way past your bedtime.

There are occasional flashes of humour to lighten the mood:

‘Come on,’ she says teasingly,’ Is that a pistol in your pocket or are you just…oh, it is a pistol.’

'Tammy is tall and pretty with boring blue eyes.'

Adrian McKinty - Author of The Chain

McKinty, an Irish-born author who lives in Australia (so we can claim him as ours) got the idea for the book from a time he was living in Mexico City and working on a different book.

He learned about exchange killings – where a person offers to swap themselves for a kidnapped family member while the ransom is raised.

This got him thinking about the chain letters he’d received at school.

Those of us of a certain age remember them well.

They always contained a threat. That something diabolical would happen if you didn’t pass it on.

Though as McKinty grew up in the 70s and 80s in Northern Ireland I suspect his chain letters may have been more frightening than the average primary school prank.

Combining the two concepts formed the seeds of the story for The Chain.

McKinty studied philosophy at Oxford and was interested in the morality behind his idea.

‘I wanted to take a person who breaks all these codes of morals. In every conceivable code of moral philosophy, she does the wrong thing,” he said in an interview in The Guardian.

‘It’s the wrong thing to do and yet our instinct as a reader is, I’d do it too. We’d all do this even though it’s horrible.”

There’s a lovely story behind the publication of The Chain that will warm the cockles of your heart.

McKinty was already an author of renown, having published an award-winning series of crime books about Northern Irish detective Sean Duffy, set in Belfast during The Troubles.

The books attracted rave reviews and critical acclaim but he couldn’t make a living from them.

He had a family to support, his wife was working full time, and he’d taken up bartending and Uber driving to make ends meet.

The crunch came when he and his family were evicted from their home and he and his children were standing in front of the house.

‘All their little stuff was just sitting there on the pavement and I was thinking to myself “Oh God Adrian, what have you done with your life?” I’d been a teacher, with a good income.

I thought, “You’ve been off on this bloody ego trip, you’re going to get yourself a job, quit this writing, go back to teaching and call it a day for a couple of years.’”

The Call That Changed Everything

Then, just like all good thrillers, the call came that changed everything.

Best-selling American author Don Winslow had met McKinty briefly at a conference years earlier and read on his blog about his decision to quit writing.

‘It was really upsetting to me to see how he was being treated,’ Winslow says now. ‘Someone with Adrian’s talent should be able – at the very least – to make a living wage at what they want to do.’

Winslow was of the opinion that McKinty’s publishers had failed him, with little support, terrible covers and no marketing or publicity.

He had been in a similar position to McKinty, ready to give up his writing career, and his agent George Salerno refused to let him quit, helping him to turn his life around.

Despite the fact that Salerno had never met McKinty, Winslow asked him if he would work his charms on him.

Early one morning, just after McKinty had arrived home from an Uber shift, he received a call.  ‘Don tells me you’re giving up writing,’ Salerno said.

They discussed his situation and McKinty told him about his Belfast books.

‘Have you ever thought about setting a book in America?’ Salerno asked.

It just so happened he had. He told Salerno about his idea for The Chain and Salerno was enthusiastic.

He even offered to wire $10 000 into McKinty’s bank account so he could start it straight away.

‘I’ll think about it,’ McKinty said. 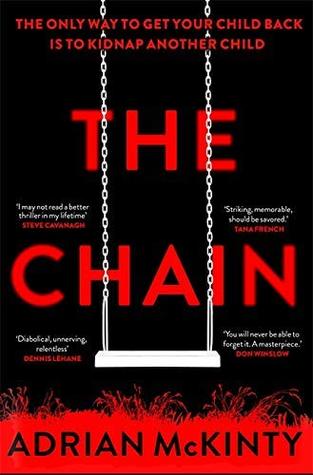 The Chain By Adrian McKinty Podcast

Two years later, he got a 6 figure book deal and a 7 figure deal for the movie rights from Paramount.

I’m sure he’s now got a decent roof over his head, doesn’t have to contend with drunk patrons and rude passengers, and he can spend all day in his office dreaming up heroes and villians.

My final words on this book are: Get it. It's a great read.

Adrian McKinty has created an amazingly original story with a believable cast of characters that keeps you reading well into the A.M.

Other Books By Adrian McKinty

I Hear The Sirens In The Street 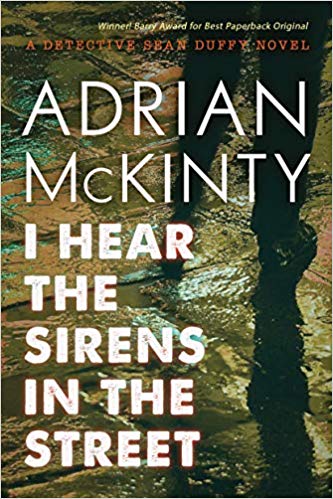 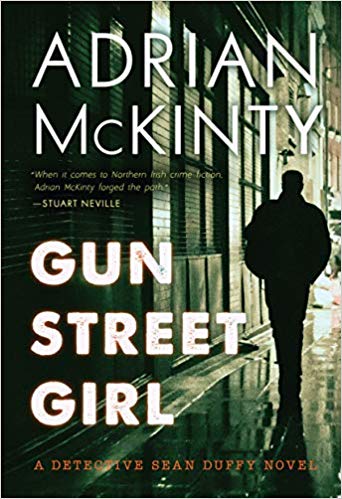